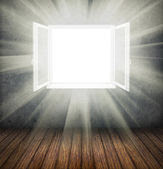 When he was sleeping, a furious wind suddenly stroke against the window, as a ray trying to reach the metal. He rapidly woke up from his deep dream. Where was he? He didn’t know anything. He only knew he was in a bed. It was cold, but warm. It was a strange feeling. The room was so dark to see anything. Suddenly, a lightning stroke the skies. In that tiny time fragment, he could see something of the room. It was a small white room. There was a machine on his right side, and there were some flowers in front of the bed. What did all those things mean? He didn’t know. He also realised another detail. He was covered by a light blue bed sheet, and the thermometer at the right wall said: “23 ºC”. But he still was cold. What was happening? Where was him? Why was he alone? The kid tried to think about all this things, trying to find a logical answer. But he couldn’t find anything logical. He was getting very nervous. Suddenly, he thought about something that was so stupid, but logical. Why didn’t he move from the bed? That was so simple! Just move one leg...and then the other. That was pretty easy! So then, the boy jumped out of the bed. He couldn’t see anything. Suddenly, another lightning lit the room. When the boy looked down, he didn’t believe what happened. His legs were missing.
The boy was trying to cry. He was trying to show his feelings. But he couldn’t. He couldn’t shed a tear or speak. Mysteriously, the lights turned on. All his thoughts fit together like in a puzzle. That room. That bed. That machine. All made sense. He was in a hospital. That machine was connected to his body to measure his heartbeat. He was very ill, so he was hospitalized. But... What type of disease did he suffer? Cancer? AIDS? He didn’t know. In any case, he did not have any legs, and he couldn’t speak and he also couldn’t feel anything. The boy tried to call the nurse with the entry phone that was on the left wall. When he tried to extend his right arm...Another ray illuminated the room. CRACK! His arms weren’t there anymore. But he was not suffering. How could this be possible?
The boy wished to die. He thought about commiting suicide by asphyxiation, but he had a little living hope, so he thought that if he tried to asphyxiate, another lightning would appear and would steal him his breathing. Suddenly, the boy thought about looking under the bed. That was the only place he hadn’t looked in. So he went behind the bed crawling like a worm. When he was under the bed, suddenly, another lightning appeared. The boy was so afraid. What would be the next punishment? We crawled as fast as he could. But, suddenly, he heard something behind him. Louder. Louder. LOUDER. It was there. But there was no escape. When he looked behind him, he became pale. –L-Limbs...-said that, with distorted and hoarse voice. That voice was familiar. It was his voice. The thing was like a ball of fat with his voice, arms and legs. It stole those parts of his body. While that thing was secreting a lot of disgusting liquid through its body, it extended the arm and grabbed the boy. The boy tried to shout, but, instead of that, a loud and sinister laugh started to sound. It was the thing.
Another lightning appeared. The boy wasn’t in the room anymore. 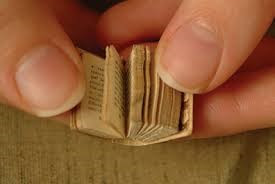 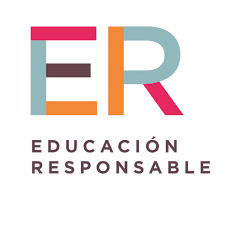